Socrates was tried in three schools 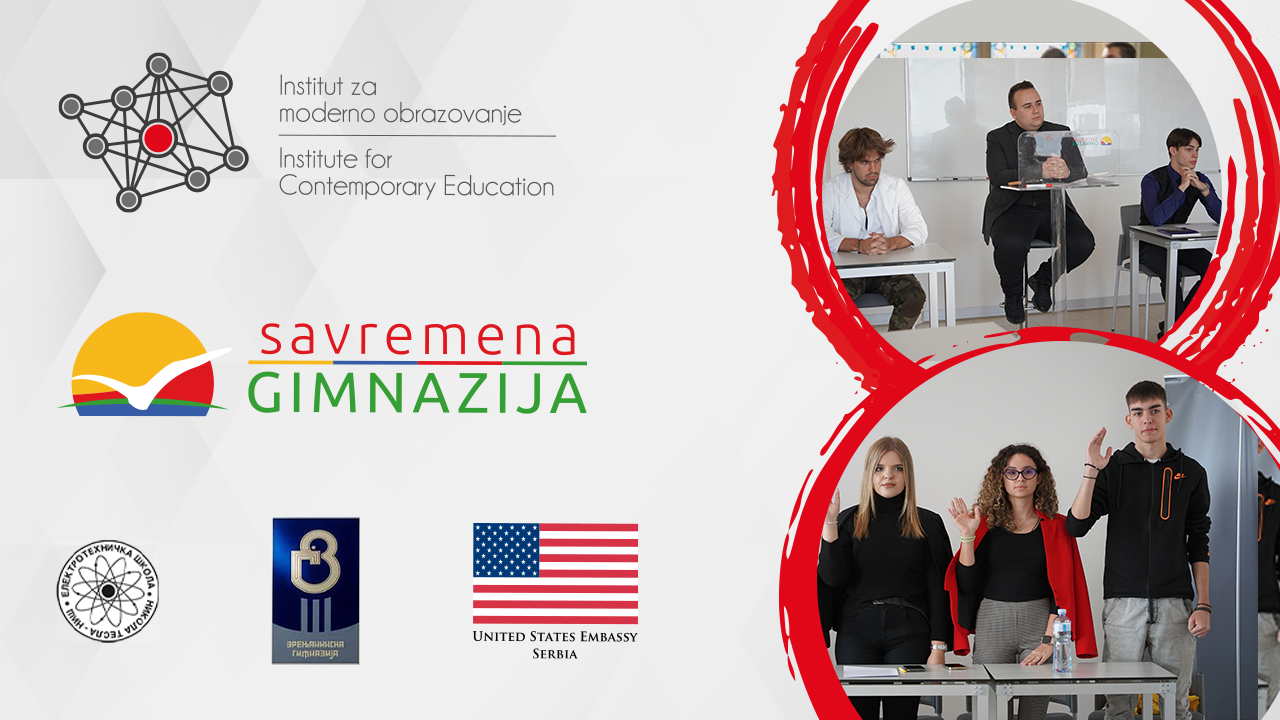 Socrates was tried in three schools

As part of the project “Trial of Socrates in the 21st century”, which is implemented by the Institute for Contemporary Education in cooperation with the US Embassy, ​​students of class IV-3 of Savremena Gimnazija, Zrenjanin Grammar School and High School of Electrical Engineering “Nikola Tesla” from Niš, along with their subject teachers, professors of philosophy and sociology – Edi Daruši, Jelena Božilović, Jelena Spasojević and Uroš Mihajlović, held a public class entitled “Trial of Socrates” in October. Belgrade Savremena Gimnazija and High School of Electrical Engineering from Niš held a public class on the premises of their schools, while students from Zrenjanin Grammar School simulated a trial in the Baroque Hall of the City Hall.

During the public class, the students simulated one of the most famous trials in the history of philosophy, which for this occasion was placed in a modern context. While preparing and implementing the project, the students independently made decisions about the course of the trial and its final outcome, and during the preparation and implementation of the class, they had the opportunity to learn how the justice system works and how citizens’ rights are protected. Also, they acquired knowledge about democratic decision-making and, in general, about judicial processes in a democratic society.

The importance of this lesson was recognized by the students in acquiring lifelong knowledge and understanding the importance of participation in the democratic life of their community.

You can watch the video from the event HERE:

Training for youth workers was held in Prague as part of the “Behave your Prints” project
January 31, 2023

Representatives of the Institute for Contemporary Education and Primary School Savremena at the kick-off meeting for the Erasmus+ project “Brainfinity”
January 18, 2023

Training for youth workers was held in Prague as part of the “Behave your Prints” project
December 22, 2022
Institute for Contemporary education
Present courses from 1499 RSD
Apply for newsletter
Go to Top