Does true even exist? 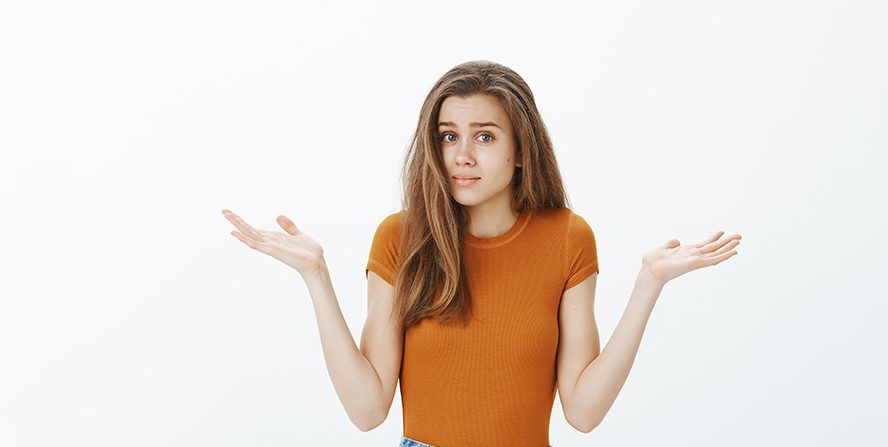 Does truth even exist?

One of the favorite topics nowadays is media literacy, i.e. how vulnerable we as a society are to media manipulations, and to what extent is today’s fast-paced life responsible for the fact that we no longer have time to think about the news we hear. We can often catch ourselves thinking about some information that has reached us through social media, or TV programs, and feeling annoyed that most people will fall for unverified or unreliable information the source of which is either unknown, or not credible enough. We are convinced that we are sufficiently educated, astute, mature and well-informed to be able to resist the manipulations of marketing, media, and politics. But, are we really?

The story about cognitive biases has reached me through an international project I am working on. After long research and consultations with others, we have concluded that the correct translation of the English term cognitive bias, and the name of the phenomenon we are studying is kognitivna pristrasnost. This phenomenon is considered inherent to the human race, because on the one hand, it arises as a consequence of the brain’s function which enables it to fill in incomplete information based on previous knowledge and experience in order to speed up decision-making. On the other hand, it is also a consequence of differences in perception based on which people create subjective social realities. Amos Tversky and Daniel Kahneman were the first to point toward cognitive biases in the 1970s. Although cognitive biases are commonly mistaken for logical errors, they are not the same, because the cause of biases does not lie in poor argumentation, but rather in a problem with memory and attention that leads to faulty reasoning or illogical interpretation, and often to wrong decisions. Evolutionarily speaking, cognitive biases are part of our adaptation to the environment, and are useful due to the limited capacity of our cognitive apparatus for information processing.

The problem, however, arises with the development of technology, faster pace of life, and infinitely larger amounts of information we are forced to process in a unit of time. Our brain, although plastic and adaptable, is unable to develop at the same rate as our reality. By resorting to shortcuts (heuristics) to which it is accustomed, the brain leads us into quick and highly subjective conclusions about phenomena around us which are, as a rule, in opposition or at least greatly different than the conclusions of people close to us, which further generates numerous misunderstandings and conflicts inside one’s family, at school, at work, in the neighborhood, etc. If we go even further, we will see that the reasons for much more dangerous conflicts, such as wars, can also be found in cognitive biases.

As scientists say, it is easy to identify such biases in others, so we are often annoyed with the misconceptions of our own population mentioned at the beginning of this article. However, it is infinitely harder to realize that every single person, including ourselves, is quite irrational and subjective. You disagree, right? But, let’s mention some situations in which you have probably found yourselves many times.

You must have been angry at your spouse/brother/sister/flatmate/person you shared your living space with at some point, because they did not put nearly as much effort in maintaining and cleaning the shared space as you did. The cause of this perception is the so-called egocentric bias – tendency to overestimate our own importance, and inability to observe and interpret events from another person’s perspective. Or, for example, if you were on a flight shortly after a passenger aircraft had crashed – weren’t you concerned about the safety of air travel much more than usual? The reason for that is accessibility bias, i.e. the fact that information regarding air travel safety is more accessible in your memory than usual. Are you familiar with metaphorical generalization – tendency to attribute a trait to a person based on the metaphorical meaning of another trait (e.g. deep male voice = masculinity, tall stature in a woman = roughness, etc.). There is also community attachment – favoritism and preference we all feel when we support Novak Đoković or our national waterpolo team. They may not have won the match, but of course they were better, simply because they are ‘ours’ (the referee is to blame for the defeat, or the fans of the opposite team who were provoking them, or doing something of the sort – so, another bias – external agent bias!). Illusory correlations are also very common – they are biases where we attribute certain bad behaviors to minority groups due to the so-called double distinctiveness. I remember, for example, my daughter telling me, stunned, that a Roma child in her kindergarten was a straight A student. I have to admit I was shocked when I heard her, because I was always very careful not to accidentally teach her any racist attitudes. And yet, she had picked up that belief anyway. I’m sure you will admit that you are prone to it yourself.

You must have been a victim of “anchoring” at some point, when you purchased an item just because it was on sale, so your brain “anchored” to the initial price, not thinking about whether it was realistic or not. You must have also experienced the so-called confirmation bias – tendency to remember an event primarily through facts that confirm or support our opinions and attitudes. This list could go on ad infinitum.

But, let’s return to the beginning of this article and its title. If we take into account all the shortcuts, twists and turns our brain spontaneously makes, can we ever say that we are objective and that we know what is true? Does truth even exist? Can we even get to it, and how? How to avoid all the traps that our cognitive apparatus is predisposed to in its natural laziness or evolutionary tendency to save energy? For a start, what we can do is raise our awareness of the fact that we as human beings are extremely subjective in our reasoning, and to familiarize ourselves with the topic of cognitive biases. Believe me, for I speak from personal experience, the more you learn about them, the more you will be aware of your own biases in everyday life. Maybe this is a path to objectivity, media literacy and truth? I will be happy if this contemplation made you think about it a little.

Have you joined the Viber community of the Institute for Contemporary Education yet? If you want to receive useful instructions, invitations to free seminars, and news from ICE, sign up HERE. 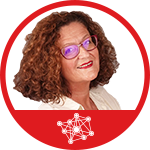 Author: Aleksandra Borović, coordinator of the dBias project on behalf of ICE, funded by the Erasmus+ UK National Agency.

Aleksandra has been the President of Mensa Serbia since 2013. Member of the multinational jury for awarding scholarships, Mensa Education and Research Foundation, and a member of the Mensa International’s Gifted Youth Committee. Initiator and organizer of international conferences on giftedness in Serbia. Author and manager of the Erasmus+ project Teachers for Gifted. Congress Ambassador of Serbia.

She graduated from the University of Belgrade Faculty of Geography, Department of Spatial Planning. She acquired additional qualifications through non-formal education: licensed tourist guide, certified project manager, and PR manager. After many years of experience in diplomatic missions and international organizations, and significant experience in the management and development of Mensa Serbia, she channeled her extensive experience toward educational development by writing and implementing European projects. She has worked on several projects co-funded by the EU and the Council of Europe, and implemented by the Council of Europe. She is especially motivated to initiate activities aimed at improving the position of gifted children and students in Serbia and the region, and to promote Serbia and its natural and cultural resources.